Ferrari’s Sebastian Vettel has a secured his second victory of the season, as it seems that the fight for the Championship will be more exciting than ever. Mercedes’ Lewis Hamilton finished second, followed by teammate Valtteri Bottas.

Ferrari’s two-stop strategy for Vettel enabled them to perform the undercut on Hamilton, as the German pitted on Lap 11 for another set of supersofts.

Soon after, however, there was a Safety Car, following a collision between Williams’ Lance Stroll and Toro Rosso’s Carlos Sainz. This saw a flurry of cars taking advantage of the opportunity, and pitting under the Safety Car, including Hamilton.

However, strong driving and some fast lap times from Vettel meant that Hamilton was not able maintain this advantage, as Vettel secured the victory, although the Brit was closing in on Vettel in the closing stages of the race.

“Yes guys! Yes yes yes yes! That’s what I’m talking about!”, an ecstatic Vettel spoke after the race over the radio.

Six retirements and a penalty

Unusually for Bahrain, the race saw many retirements, including a Safety Car.

The first retirement came from Haas’ Kevin Magnussen, who stopped at the side of the track by Turn 8, due to a suspected technical issue.

The second came soon after, as Red Bull’s Max Verstappen collided with the barriers by Turn 4 on Lap 13, after a brake failure on his front left wheel. 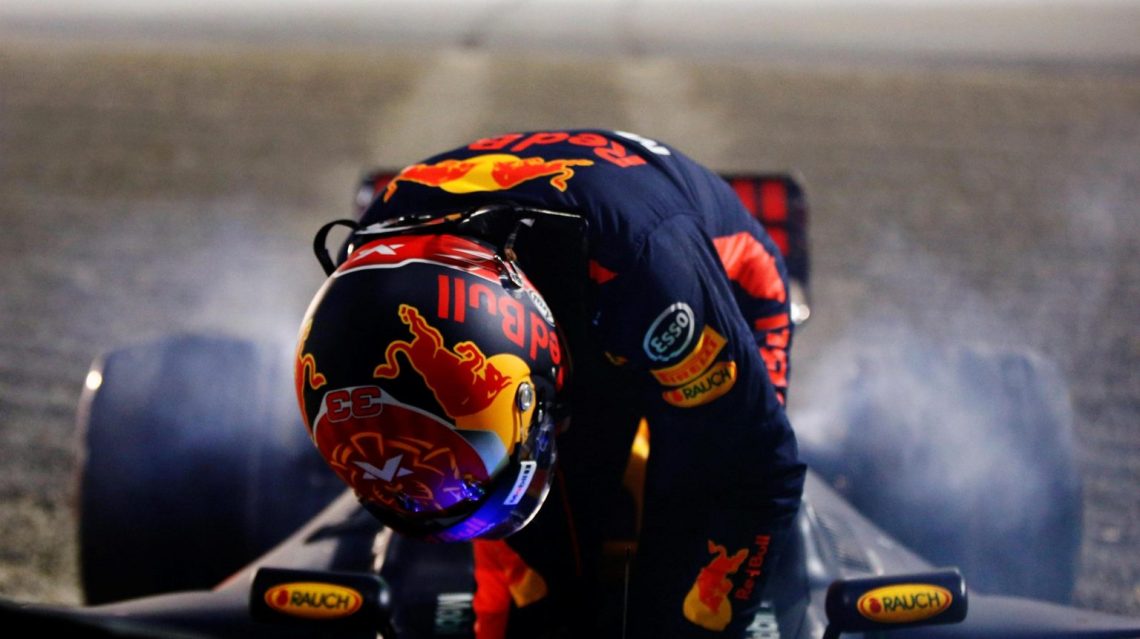 On the same lap, however, there came two more retirements. A collision between Stroll and Sainz in Turn 1 brought out the Safety Car, after Sainz hit Stroll on the inside after emerging from the pit lane.

“I got hit from the side,” came the message from the Canadian, whilst Sainz reported: “fu*king Stroll hit me!”

At the time of writing, who is to blame of the incident has not yet been announced by Race Control.

This event led to Hamilton securing a penalty, after backing up Red Bull’s Daniel Ricciardo going into the pit lane. Several cars hurried to the pits to change tyres under the Safety Car, Hamilton and Ricciardo among them.

Mercedes decided to stack their pit stops, as Bottas came in first, leaving Hamilton waiting. In this waiting, he held up Ricciardo, which led to the Brit getting a 5-second penalty.

The final two retirements came in the closing stages of the race.

Next to retire from the race was Sauber’s Marcus Ericsson, after he broke down at the side of the track on Lap 52 following a gearbox problem. This led to yellow flags.

Finally, McLaren’s Fernando Alonso reported “engine problem, box now” over the radio on Lap 55. This means that the Spaniard has not finished a single race yet in the 2017 season. Alonso’s frustrations were expressed throughout the race, as he reported “I have never raced with less power in my life.”

Since teammate Stoffel Vandoorne did not start the race due to a power unit issue, neither McLaren finished the race in Bahrain.