The past week has seen the ten teams who are competing this season publicly reveal their cars. 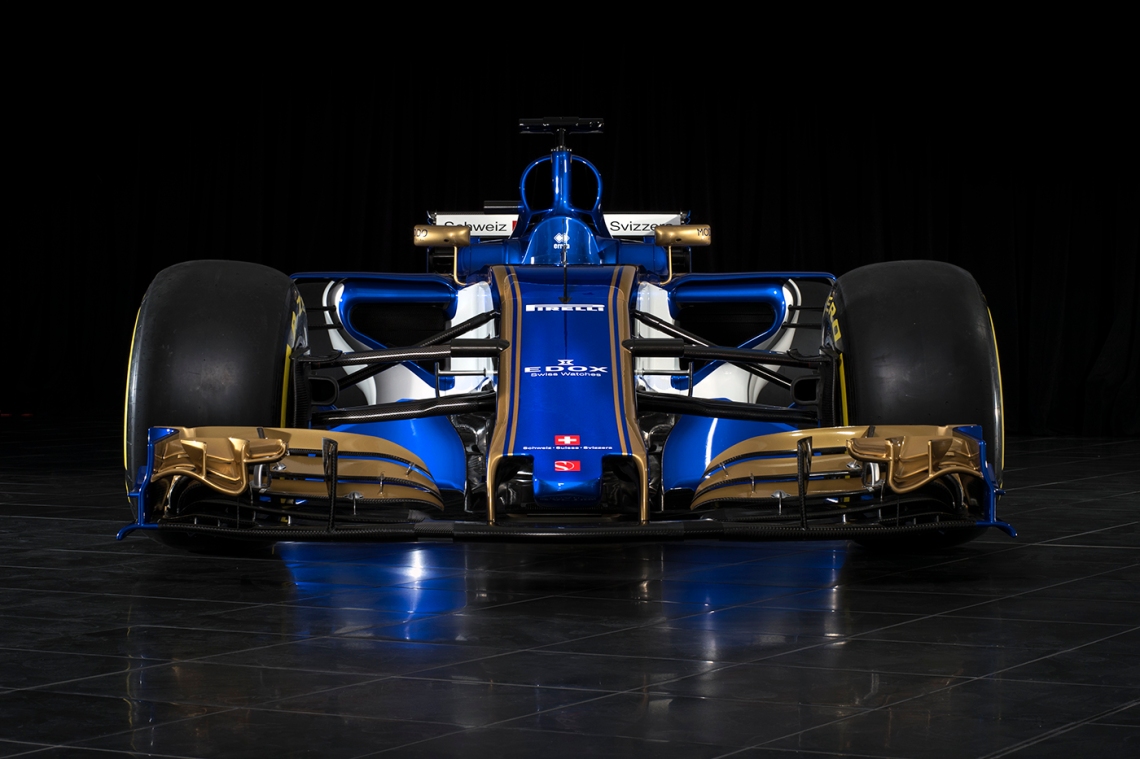 The work undertaken on the new car was primarily to reduce drag (because of the new wider tyres) and reducing weight.

The team also made improvements to downforce, although remained focused on improving aerodynamic stability.

The car was released in London, England, and demonstrated a new array of sponsors, including BP, Castrol, and MAPFRE.

The R.S.17 has carried on no parts from last year’s R.S.16, which will hopefully be cause for success from the team this season. It was also designed in two different locations – Enstone, England, and in Viry-Chatillon, France.

Jerome Stoll, President of Renault Sport Racing spoke: “The R.S.17 is the first car which Enstone and Viry have been able to plan and develop from the outset and we’re satisfied by the fruits of this interaction. It’s a beautiful car. As well as the excitement of the R.S.17 itself, we also have a highly important new partner in BP through their BP and Castrol brands. For 2017 our performance targets are clear. We want to take a definite, tangible step forward in performance and results. Fifth position in the Constructors’ Championship is our goal.” 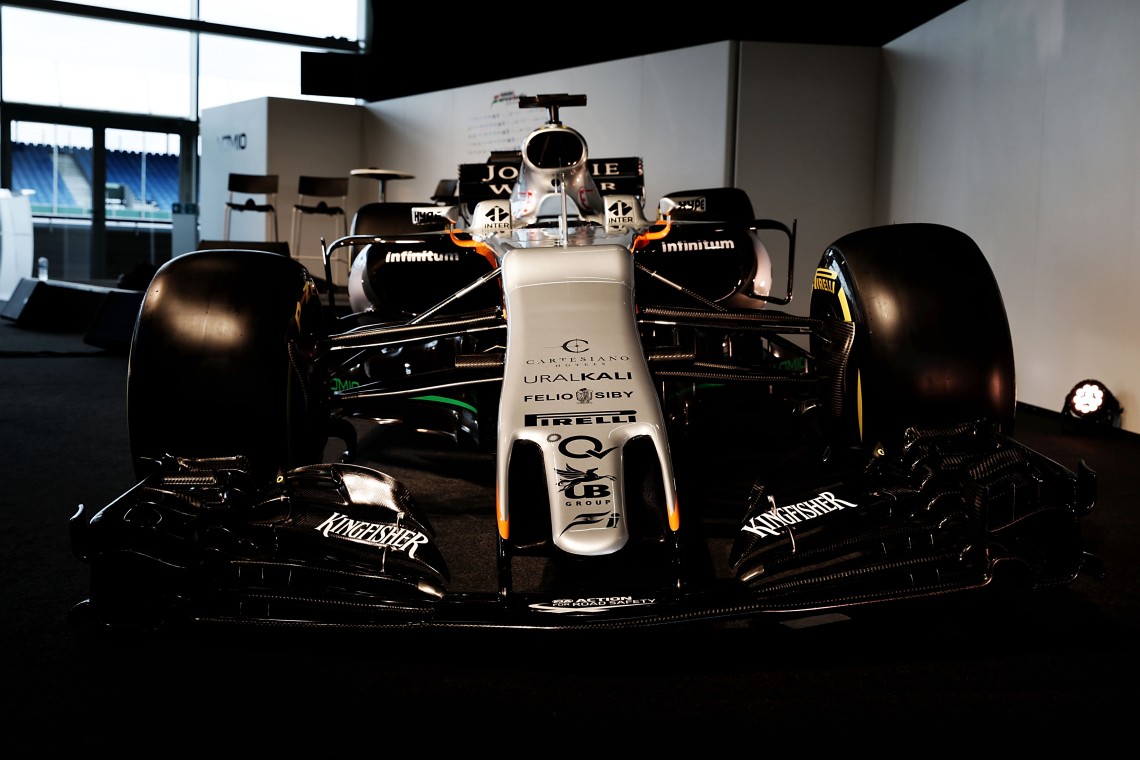 Force India have made big changes to aerodynamics, the chassis, and the tyres.

Chief Operating Officer Otmar Szafnauer spoke: “As a team we have some internal objectives, but it’s very hard for me to verbalise those ambitions because it’s impossible to know what our competitors could achieve given such a huge change of regulations. What I can say is that we have met our internal targets for the car – for example in terms of the aero numbers we set as the goal for the launch car. How those targets compare to our competitors is impossible to say until we hit the track.”

The car was released from Silverstone, home of the British Grand Prix, online via 360 degree video.

The W08 also completed its first laps of the circuit at the hands of Lewis Hamilton and Valtteri Bottas.

The car has been designed to withstand increased physical loads and a more severe duty cycle under the new regulations.

Team Boss Toto Wolff spoke: “The dominant feeling in the team right now is one of excitement – the factory is buzzing with anticipation. It has been a really motivating challenge to develop a brand new car concept and I have never seen our determination to succeed higher than it is right now.

“Of course, we had a curve ball from Nico late last year that left us scrambling a little bit in the winter. But we found a great solution with Valtteri and I am sure that he will form a strong partnership with Lewis. They have both been working hard in the factory with the technical teams and, although we have a different dynamic to manage than in recent seasons, I don’t expect the competition between them to be less intense. And that’s how we like it.

“This year, in-season development will play a big role in determining the championship outcome. None of us know where we will stand at the first race but I am confident that, whatever that position is, we have the people and the capability to deal with every challenge that comes our way. This will be the season where our full works team can show its true strength.”

Note the lengthened nose and arrow-shaped wing, as a result of an overhaul of the regulations. Another new feature includes the ‘shark fin’ on the engine cover. The Scuderia also displays upsized power-steering and braking systems.

Ferrari have concentrated a lot of their efforts onto aerodynamics, which held the team back in 2016, which will hopefully allow for faster cornering speeds.

“There is big emotion when you go to see a new Ferrari live,” Maurizio Arrivabene, Ferrari Team Principal spoke.

“Looking at the new car, thinking about the effort, dedication, professionalism and passion people put together to make it.

“I am very very proud of this.” 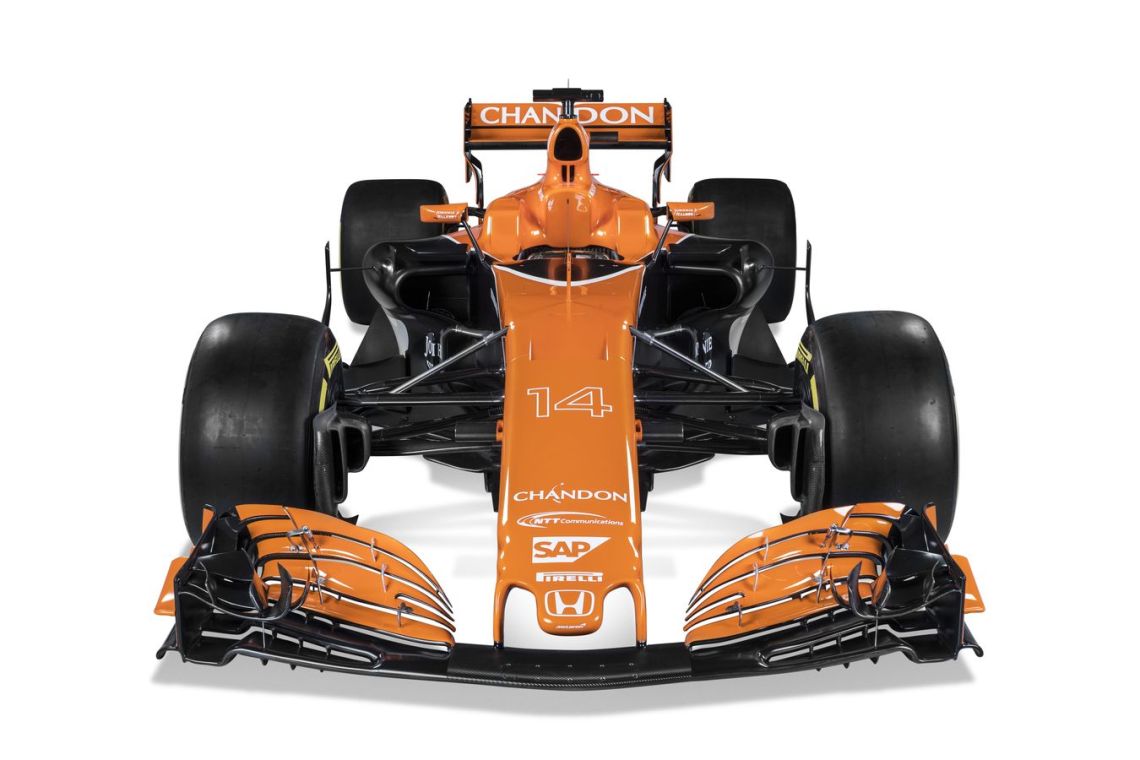 The popular new orange livery, which hails to McLaren’s 1960 roots has made an appearance with the release of their new car.

As well as the striking body work, McLaren has also focused on the new chassis and an improved power unit.

Racing Director Eric Boullier spoke:”Within McLaren-Honda, there’s a tangible feeling of progress, of change. This year’s rules reset is a valuable opportunity for us – it will allow us to make progress with what we feel is a well ordered and clearly defined chassis-engine package, and hopefully to narrow the delta between us and the front-running teams.

“The addition of a striking orange and black paint job reinforces the notion that we’re moving away from what immediately preceded it, but it’s the engineering detail on the MCL32 that really impresses me. It’s the result of a huge amount of work from a team that has really developed together over the past few years. The chassis is incredibly well realised, the power unit has been significantly developed and, in Fernando [Alonso] and Stoffel [Vandoorne], we have a hugely exciting driver pairing that’s already blending really well.

“There’s a feeling around the factory that we’re about to turn the corner. Our relationship with Honda has blossomed – there’s a real sense of comradeship to what we do now – and I think we’re all very excited about what we can achieve together this year.”

Celebrating 40 years in Formula 1 this year, Williams have rejuvenated their car from 2016.

With new aerodynamics and increased G-force, the FW40’s most noticeable change on the surface is the ‘shark fin’, which has also been adopted by several other teams.

The RB13 includes a re-vamped front wing and nose, and also features the popular ‘shark fin’ on its engine cover.

“We got to the end of the season and it was like ‘I’m done with this for a while – give me a holiday’, but now we’re coming up to the start of the year and I’m hungry for that again. Everyone’s posting videos and photos of their training in the off-season but now let’s do our talking on the track and see what happens!”

“How will the first race be? Hopefully we have a good start and then lead the whole race,” spoke Ricciardo’s teammate Max Verstappen.

“Hopefully we have a really boring race. That would be perfect!”

With a new livery, the front of STR12 has been completely revamped, which will allow for more downforce.

Brendan Gilhome spoke: “The front half [of the car] is completely new, with a swept front wing and a lot more freedom around the front of the floor, which means you can generate more downforce. There is also more freedom at the rear: you have a wider floor, a higher diffuser, the diffuser starts earlier and the rear wing is wider and lower.

“The philosophy for some of the car is something that we can take across from last year, but other areas require a complete re-think. The front wing position and shape has changed as well as all of the front floor. There is a lot more opportunity to explore different ideas and explore concepts that you hadn’t been allowed in the past.”

The car made its first appearance this weekend at the Circuit de Barcelona-Catalunya just before pre-season testing is due to begin in the coming week.

The car also includes a wider front wing, larger barge boards, and lower and wider rear wing and a diffuser that expands 50mm.

“I think the pedal box is the same, but all the rest is very different from last year’s car,” said Guenther Steiner, the Team Principal.

“You always try to make a faster car, which is normally a lighter car. Now we can put on more ballast and get better weight distribution. The aero is completely new, as are the tires, so we needed to have some built-in adjustability.

“Aesthetically, the car has a more aggressive look. It’s lighter and more aerodynamically efficient. Everything we learned from our first car has been applied to our new car.”

Pre-seasoning testing begins tomorrow in Barcelona and continues until March 10.